Who gives a f*ck about the Super Bowl? Well, it’s safe to say that A LOT of people do.

An estimated 101.1 million people watched the game this year and advertisers paid $7 million to access those eyeballs.  But what did people say about the actual game?  And, obviously more importantly, how naughty was their language?

We collected 150,088 tweets during the game that mentioned the Super Bowl, the Rams, or the Bengals to find out who the f*ck cares about the Super Bowl and what sh*t they tweet about.  While there is an entire lexicon one could pull swear words from, we chose a pretty short list of old standards: f*ck, sh*t, d*mn, b*tch, p*ss, cr*p, p*ssy, *sshole, and r*tard.

It goes without saying that we don’t condone the use of these words, especially when referencing a person.  We are just reporting the facts*.

*referring to this data as facts is a disputed claim 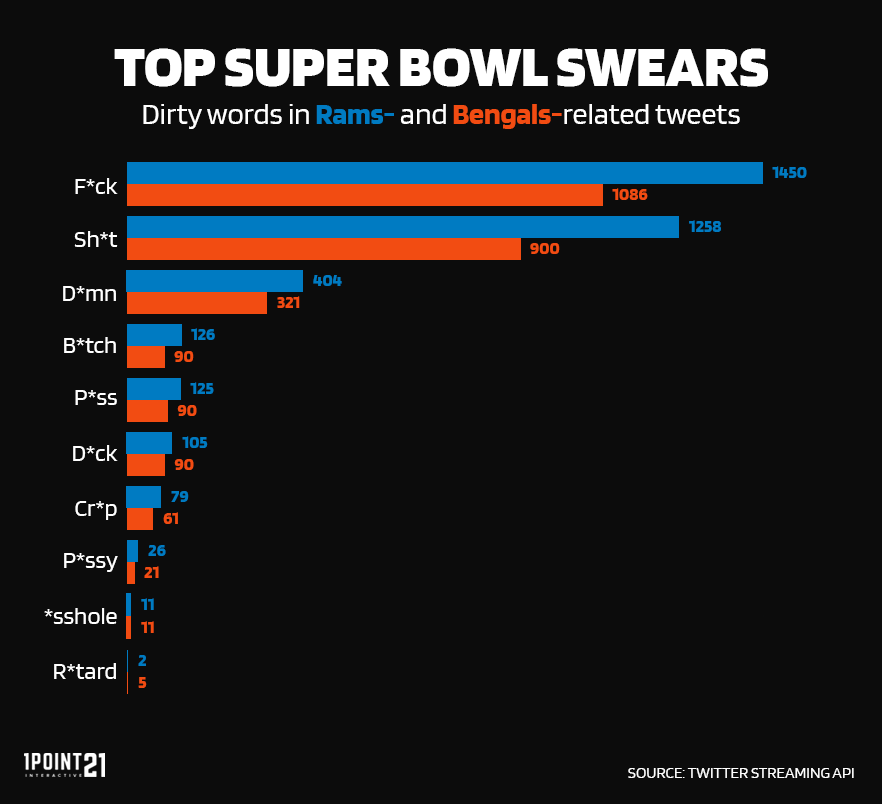 Most F*cks Given:  Top Swear Words and Context of Use

As the chart above clearly shows, f*ck and sh*t were far and away the most commonly used curses.  While the two most common uses for f*ck were to disparage one of the two teams in the game, the rams got the tiger’s share of the hate.  The classic LFG was pretty widely used as well.

When Were the Most F*cks Given?

To further fancify our analysis, we compared the timestamps of tweets against game action to find out what people give a f*ck about on Twitter. 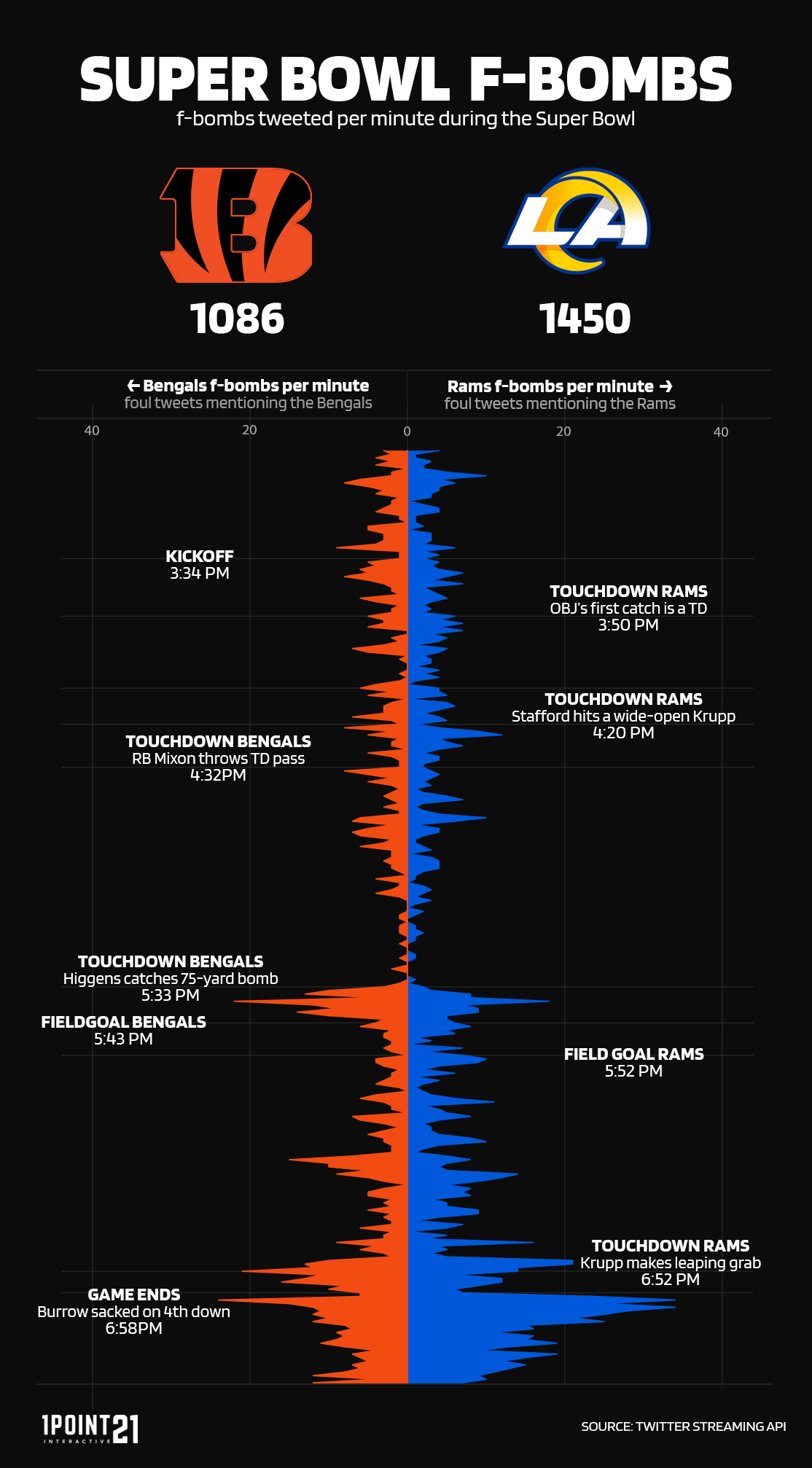 The main takeaway here is that people really give a f*ck about touchdowns and Rams tweets contained many more f-words than Bengals tweets (although that probably has a lot to do with the fact that f*ck the rams was the most popular use of the f-word).  Other spikes in use that are not annotated on the chart include: the announcement of the starting lineups, OBJ’s injury, and a series of back-to-back punts when the game was in the balance.

We collected tweets starting 30 minutes before kickoff (3:00pm PST) and ending 30 minutes after the game (7:30 PST). All in all, we found more than 150k Super Bowl-related tweets during this time period.

We performed this analysis as a test of the Twitter streaming API and, obviously, only collected a fraction of the total tweet volume during the game.  The whole thing is tongue in cheek and should not be taken all that seriously.  Unless of course, you love it, in which case, you are obviously a connoisseur of fine data analysis.